Deborah Sweeney is an advocate for protecting personal and business assets for business owners and entrepreneurs. With extensive experience in the field of corporate and intellectual property law, Deborah provides insightful commentary on the benefits of incorporation and trademark registration.

Education: Deborah received her Juris Doctor and Master of Business Administration degrees from Pepperdine University, and has served as an adjunct professor at the University of West Los Angeles and San Fernando School of Law in corporate and intellectual property law.

Experience: After becoming a partner at LA-based law firm, Michel & Robinson, she became an in-house attorney for MyCorporation, formerly a division in Intuit. She took the company private in 2009 and after 10 years of entrepreneurship sold the company to Deluxe Corporation. Deborah is also well-recognized for her written work online as a contributing writer with some of the top business and entrepreneurial blogging sites including Forbes, Business Insider, SCORE, and Fox Business, among others.

Fun facts/Other pursuits: Originally from Southern California, Deborah enjoys spending time with her husband and two sons, Benjamin and Christopher, and practicing Pilates. Deborah believes in the importance of family and credits the entrepreneurial business model for giving her the flexibility to enjoy both a career and motherhood. Deborah, and MyCorporation, have previously been honored by the San Fernando Valley Business Journal’s List of the Valley’s Largest Women-Owned Businesses in 2012. MyCorporation received the Stevie Award for Best Women-Owned Business in 2011. When Should Businesses File An Annual Report?

Do you know when to file an annual report? The start of the year is a good time for LLCs and corporations to review corporate… What Is An Apostille?

Most small business owners set a goal to grow their businesses. Those looking to expand their operations in a foreign country will need to obtain… Should Small Businesses Obtain an EIN If They Don’t Hire Employees?

Many entrepreneurs associate the need to obtain an EIN, or an employer identification number, with hiring employees. This is correct. It is a requirement to… 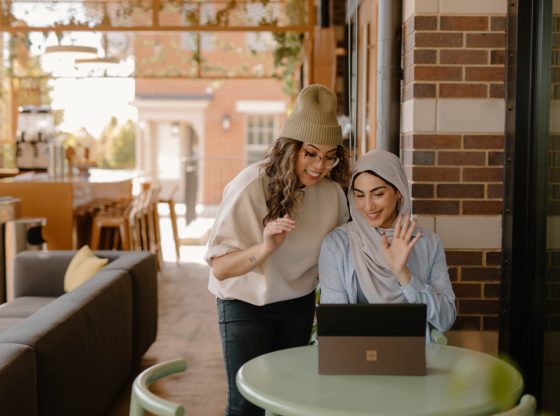 Customers don’t have to limit their small business support to shopping holidays. They can support small businesses in their communities year-round! From the start of… Why Consider a Delayed Incorporation Filing For Your Small Business?

The year is almost over! If you are planning to start a small business next year, there is good news. You may submit your business… How To Create a Fantastic Company Culture How Entrepreneurs Succeed In A Business Partnership

Do you plan to start a business with a family member, friend or another colleague who shares your vision next year? You may enter a… 6 Ways To Protect Your New Venture and Intellectual Property

As more people pursue entrepreneurship every year, it's important they conduct their due diligence. They must understand which legal steps to take next. This allows… Why It Matters To Incorporate a Business

Why should entrepreneurs incorporate a business? There are several benefits which come with incorporation. Entrepreneurs can choose if they want to create a corporate business… Startups, despite the many odds stacked against them, continue to hold steady as the backbone of the United States economy. Startups survive economic downturns. In…